Bangsamoro basic law may be passed in Sept – Drilon 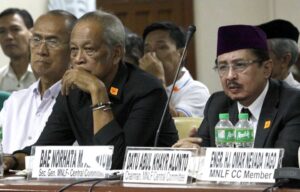 Drilon said the Senate cannot pass the draft BBL by the end of the session before the end of the week since senators are already closing the second regular session of the 16th Congress by Wednesday.

He said senators will wait for Sen. Ferdinand “Bongbong” Marcos Jnr’s substitute bill for the BBL, which will address all the legal, political, economic and social shortcomings in the current draft.

He said that version of the BBL is expected to be submitted by the end of July.

“He committed to me that he will submit the committee report when we come back on July 27. He said give me time to craft the report and he is the chairman of the committee so we will respect that timetable,” he said.

The Senate may also ask the Commission on Elections to postpone the filing of certificates of candidacy for the 2016 elections in order to make way for the plebiscite on the BBL.

Drilon said the law calls for synchronized elections for the national government and the Autonomous Region in Muslim Mindanao.

“The deadline of October is because of the automation. This is a rule imposed as a deadline by Comelec and not by law because they would want enough time to print so we have to consult the Comelec on possibly moving the filing of certificates of candidacy,” he said. (MNS)

Only 5 senators-elect show up for oath-taking before PNoy

Diokno: No need to borrow as much as during past years