Benefit Galas to kick off Philippine Gold exhibit in NY 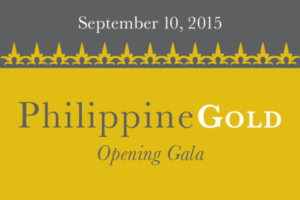 This Gala Benefit Dinner will celebrate the exhibition opening of Philippine Gold: Treasures of Forgotten Kingdoms and the launch of a season of programming that highlights the richness and diversity of Philippine culture and current affairs, and explores its cuisine, performing arts, film, design, literature, and more. (http://asiasociety.org/)

WASHINGTON, DC – An exhibit featuring spectacular works of pre-colonial Philippine gold will be on display in New York City, with two benefit gala dinners kicking off the event.

Philippine Gold: Treasures of Forgotten Kingdoms will showcase over a hundred gold objects from the golden age of Butuan, a polity on the southern Philippine island of Mindanao that rose to commercial prominence in the 10th century and declined in the 13th century. The exhibit will run from 11 September 2015 to 3 January 2016.

A Gala Benefit Dinner on September 10 will celebrate the exhibit opening and launch of a season of programming at the Asia Society that highlights Philippine culture and current affairs through performing arts, film, design, and literature. Gala activities will include a reception, exhibit preview, and dinner.

Celebrations continue with the Premiere Night Gala Dinner on September 11. 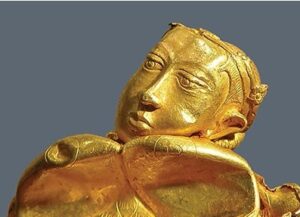 “It is a common misconception that there was not much happening in the Philippines before the Spaniards arrived. The Philippine Gold exhibit, which features objects from pre-colonial eras, is a testament to the rich, flourishing cultures and abundance of natural resources enjoyed by our ancestors during pre-colonial times. This exhibit is not only a glimpse of history but also a treat for anyone who enjoys art,” said Philippine Ambassador to the United States Jose L. Cuisia, Jr.

The envoy also urged the Filipino community and the American public to view the exhibit.

“I strongly encourage Filipinos and our American friends to view this rare exhibit and to experience ancient Philippine culture from forgotten kingdoms,” said Ambassador Cuisia.

For more information on the Gala events, you may contact the Asia Society at PhilippineGold@AsiaSociety.org or through telephone number (202) 327-9335.

A selection of the most extraordinary objects from a 1981 discovery—now in the collection of the Ayala Museum in Makati City and on view in the United States for the first time—forms the core of Philippine Gold: Treasures of Forgotten Kingdoms. The exhibition also includes a few important loans from public and private collections including the Bangko Sentral ng Pilipinas (Philippine Central Bank).

Lockers: Not Just for School Anymore