MANILA, Nov 10 (Mabuhay) – BIANCA Manalo is thankful of the success of her afternoon comedy show, “Juanita Banana”, her biggest break so far in Philippine television. 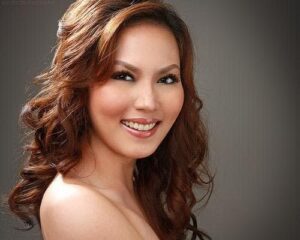 Though things are getting better for her career, issues in showbiz did not spare the former 2009 Bb. Pilipinas Universe.

According to reports, she got the lead part because she has connections in ABS-CBN. But she immediately dismissed the rumors.

“My sister is with ABS-CBN but off cam, ako on-cam. Yung isa is into personality development then yung youngest is taking up medicine,” she explained.

The beauty queen also cleared reports that her mother did not support her showbiz career.

Bianca is happy that she gets the lead part of the “Juanita Banana” and feels blessed because she has been waiting for the opportunity.

She is also not afraid to take comedy roles to prove that she can act.