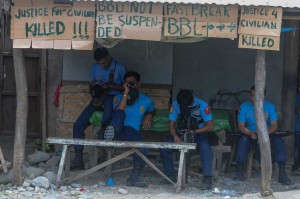 Policemen accompanying the police Board of Inquiry (BOI) that visited the scene of Mamasapano clash take a break at a store in Tukanalipao, Mamasapano town in Maguindanao on Tuesday. The BOI inspected the scene of the bloody clash that occurred last month. (MNS photo)

“Gun-making factory, no. The full report is not yet available. It will be submitted to us formally. But there was an IED-making facility owned by the BIFF in this particular sitio in Maguindanao,” the chief peace negotiator said.

Many police commandos were already dead when the ceasefire mechanism managed to stop the clash, the senator added.

In response to Angara’s query, Deles said better communications equipment can be provided to the ceasefire body and security officials. 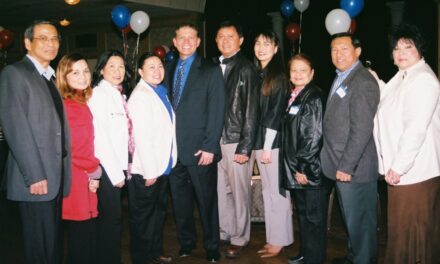