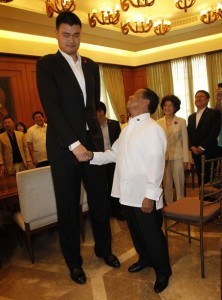 MANILA, May 9 (Mabuhay) — Vice-President Jejomar Binay is optimistic that the United Nationalist Alliance will have a strong showing in the May 13 senatorial election after the Iglesia ni Cristo reportedly endorsed some UNA candidates.

Binay said a 12-0 sweep for Team PNoy is a “lost cause” and that a 9-3 victory is also unlikely. He said he expects at least 4 UNA candidates to win in the senatorial race.

He said a recent Social Weather Stations (SWS) survey did not factor in the Iglesia endorsement. A political analyst earlier said the INC endorsement could give an additional 1.5 million to 1.8 million votes for a candidate.

The SWS survey that came out yesterday, the last before the elections on May 13, showed seven Team PNoy and two UNA senatorial candidates likely winning.

The SWS survey was done before the INC came out with its list of candidates. INC will supposedly endorse:

Next-gen Mazda2 to be connected