Vice President Jejomar Binay hits back at his accusers during a televised press conference at the PICC in Pasay City on Thursday, September 18. Binay denied receiving kickbacks from the construction of the Makati City Hall Building II and from other projects in the city during his term as mayor. (MNS photo)

MANILA (Mabuhay) – Vice President Jejomar Binay on Thursday insisted that there is no corruption in Makati projects, including the alleged overpriced Makati parking building, and said those who testified in the Senate hearing have been rejected by Makati residents many times as unfit to be public servants.

Binay said the same allegations of corruption have been resurrected throughout his political life.

Binay pointed out that the Makati City Hall Bldg 2 project underwent 10 audits by Commission on Audit over a period of five years, and there has not been an instance of alarm issued by COA.

He cited several government-construction projects, and quoted what he termed were comparable or lower figures.

Binay asserted that the overpricing accusations attributed to former vice-mayor Ernesto Mercado cannot hold water because there was not a single credible document to back up the verbal claims.

Reiterating that all transactions during his term as mayor were above board, he said the allegations against him were old issues being rehashed time and again.

The Vice-President slammed some senators for taking the word of a former official who himself admitted that he gained financially from kickbacks associated with the construction project, and challenged his detractors to raise the standard of politics in the country.

Binay also urged his critics to “stop lying” and instead, face him in a fair election in 2016. The Vice President has been topping surveys for the presidential race.

Binay said he will fight in all the legal ways against this perceived campaign to smear the name of his family, and pledged to carry out his mandate as Vice-President in the face of the continued mudslinging against him.

The fight to clear the Binay name, he said, is not just for him or his family to lead, but for the entire Filipino people, describing the allegations made in Senate sub-committee hearings as hearsay and that will not stand in a court of law.

Mercado, in his first appearance before the Senate, admitted that he benefitted from the alleged overpricing of the city hall building. He claimed that Binay must have also done so, as this was supposedly the practice in Makati.

At the hearing last week, Mercado said Binay received a 13-percent kickback from every contract entered into by the Makati City government during the Vice President’s incumbency as mayor.

He said the kickbacks were usually divided into three portions – one for Mayor Junjun Binay, Binay’s son who was then a councilor; another for a certain Ebeng, supposedly Binay’s assistant; and another for Gerry Limlingan, Binay’s finance officer.

Mercado, a former Binay ally who had a falling out with the family, said he personally delivered the money to the three men.

The former vice mayor also claimed that even Nancy Binay, who was not yet a senator at that time, on one occasion also received kickback money meant for her mother, Dr. Elenita Binay. Senator Binay has denied the allegation. (MNS) 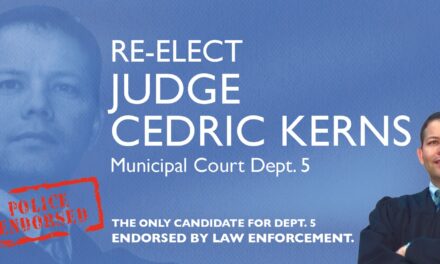