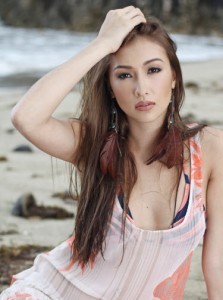 The complaint, filed before the Department of Justice, said Heussaff failed to supply correct and accurate information in her tax returns in 2011 when she declared a gross income of only P6.73 million and a taxable income of P3.3 million.

“Heusaff’s underdeclaration is more than 30 percent and is prima facie evidence of fraud,” the BIR said, noting investigations showed the model received income payments amounting to P13.38 million in 2011.

“The BIR assessed her deficiency tax liability at P3.6 million, including surcharge and interest,” the agency continued.

Heussaff, a GMA-7 talent who appears in various television shows and films, had listed her home and business addresses in posh communities Forbes Park and Dasmarinas Village. She is also known for her various product endorsements and for gracing numerous magazine covers.

Her father, Louis-Paul Heussaff, who founded logistics company Supply Oilfield Services, Inc., has been recently decorated as an Officer in the Order of the Legion of Honor, a French order established by Napoleon Bonaparte in the 1800s.

The BIR is also filing charges against Solenn’s accountant, Teofilo C. Magno, Jr. for his certification of his client’s financial statement. (MNS)

“CAROLS BY CANDLELIGHT” by Pacific Chorale