MANILA (Mabuhay) – The Bureau of Internal Revenue (BIR) expects Sarangani Rep. and boxing icon Manny Pacquiao to have learned from his tax battle with the bureau, and accurately settle and report his taxes in connection with his much anticipated bout with Floyd Mayweather, Jr. in May.

BIR Commissioner Kim Henares said Pacquiao should properly and accurately report to the BIR the taxes he will be paying the United States Internal Revenue Service (IRS), and submit supporting documents authenticated by the Philippine Embassy in the US.

Henares also reminded Pacquiao to withhold taxes from salaries and other payments he makes to his employees and staff.

Pacquiao and the BIR are in a legal battle in connection with his alleged deficiency income tax and value-added tax (VAT) assessments for taxable years 2008 and 2009 amounting to P2.2 billion.

Pacquiao will meet Mayweather in a mega-fight in Las Vegas on May 2.(MNS) 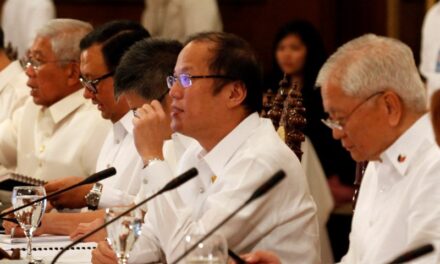 The 2016 Honda Pilot is a triple threat to competitors