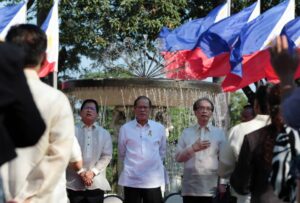 MANILA (Mabuhay) — President Benigno Aquino III may have to consider letting the next administration push for the passage of the proposed Bangsamoro Basic Law in Congress, a Catholic bishop said Friday.

Cotabato Auxiliary Bishop Jose Collin Bagaforo said it is better to make sure the proposed measure is cleansed of all constitutional infirmities.

The BBL was not passed before Congress adjourned its session last June 11. Congress will open July 27. On that day, President Benigno Aquino III will deliver his last State of the Nation Address.

Bagaforo, in calling for a more thorough study of the proposed BBL, noted there were not enough consultations with stakeholders.