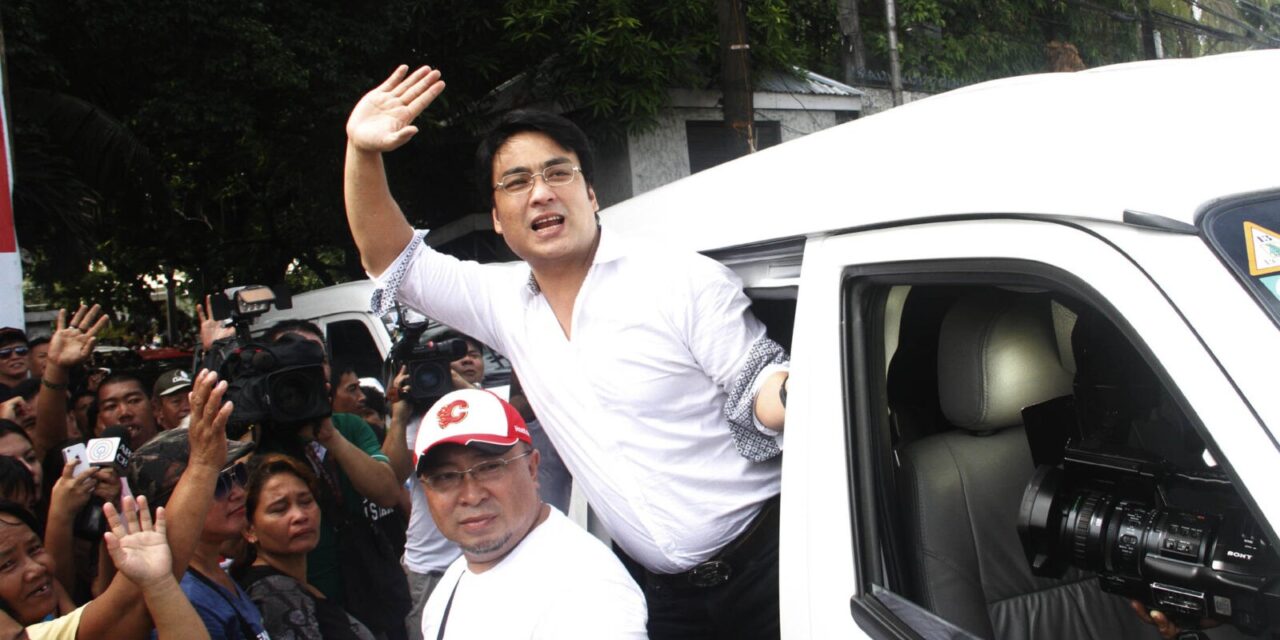 In a phone interview, Revilla’s lawyer Joel Bodegon described as “unnecessary” the Ombudsman’s motion – filed before the Sandiganbayan – to suspend Revilla.

He described the Ombudsman’s motion as “premature,” noting that Revilla has pending motions before the Supreme Court contesting the plunder charges filed against him.

Revilla’s lawyer further said that their camp will ask for time to file a comment to the Ombudsman’s motion during the scheduled hearing on Thursday.

The Ombudsman on Monday asked the Sandiganbayan First and Fifth Divisions to issue a suspension against Senators Revilla and Estrada while they are facing plunder and graft charges in connection with the alleged pork barrel scam.

Revilla is being accused of pocketing P224.5 million in kickbacks from 2006 to 2010 by allocating his Priority Development Assistance Fund (PDAF) to ghost projects of businesswoman Janet Lim-Napoles’ foundations.

Estrada, meanwhile, was charged for allegedly amassing P183.79 million in kickbacks from dealings with fake non-government organizations (NGOs) from 2004 to 2012.

Lawyer Alexis Abastillas, Estrada’s legal spokesperson, for her part said their camp has not yet received a copy of the Ombudsman’s motion.

She, however, maintained that suspension should not be viewed as a punishment for the senator.

“The suspension is just preventive, not punitive. Usually, it is imposed to prevent  a person charged from causing further harm,” Abastillas said in a separate interview.

Echoing Bodegon, she said that a suspension order seems no longer necessary since Estrada, like Revilla, is already detained.

She, however, acknowledged the fact that the suspension of an official charged with plunder is already provided for under the law and jurisprudence.

Under Republic Act 7080 or the Plunder Law, public officers charged with this offense “shall be suspended from office. Should he be convicted by final judgment, he shall lose all retirement or gratuity benefits under any law.”

A Supreme Court ruling on a petition filed in 1989 by then-Zambales Governor Amor Deloso, meanwhile, directs the “automatic application” of the suspension for 90 days of a public official facing criminal charges.

Senate President Franklin Drilon had earlier said that senators implicated in the alleged pork barrel scam will be automatically suspended once they are formally charged with plunder. (MNS)

Five Ways to Succeed as a Travel Writer

Palace: PNoy may have chance to discuss Veloso case with Indonesia leader