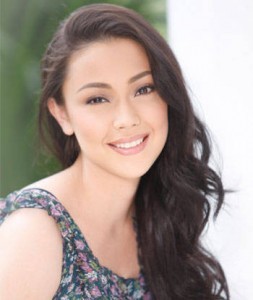 Revilla went on to express his support for his son’s relationship with Sta. Maria.

The younger Revilla earlier denied that Sta. Maria is pregnant. The actress’ leading man in “Be Careful With My Heart,” actor Richard Yap, similarly addressed the rumor, saying fans may be confusing the pregnancy of Sta. Maria’s character in the series with real life.

While Sta. Maria and Revilla have been seen attending family gatherings as a couple, they have separately denied planning to get married soon. (MNS)

Gerald no qualms about love scenes with Angelica