Boost broccoliâ€™s cancer-fighting power with a kick of spice 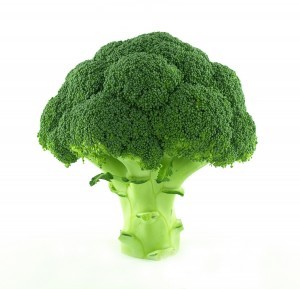 Broccoli's cancer-fighting ability is intensified when the vegetable is consumed with an enzyme found in wasabi or horseradish. Photo: Ricardo Esplana Babor/shutterstock.com

Adding mustard, horseradish or wasabi to your broccoli has been found to significantly boost its cancer-fighting ability in a new study published this week.

The secret sidekick is an enzyme called myrosinase which is necessary to form sulforaphane, the vegetableâ€™s cancer-preventive component.

When a food item containing the enzyme was eaten with broccoli, scientists at the University of Ilinois found that the combination revved up the production of sulforaphane in both foods.

The study was published online in the British Journal of Nutrition Tuesday.

To squeeze out maximum benefits, pair the broccoli with as much heat as you can, researchers said.

In the study, when fresh broccoli sprouts â€“ which contain myrosinaseÂ â€“ were eaten with broccoli powder, which is rich in sulforaphane but has no myrosinase, scientists observed that the activity of bioactive compounds peaked compared to when the foods were eaten alone.

Researchers out of Oregon State University, meanwhile, were able to prove that sulforaphane selectively targeted and killed diseased cells in prostate cancer while leaving normal cells healthy in their study earlier this year.
For a spicy broccoli recipe, try a sour cream-based wasabi vegetable dip that also calls for horseradish at food.com: http://www.food.com/recipe/wasabi-dip-250576.