Bret: Friendship with Andi good enough for me 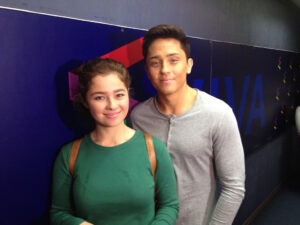 MANILA (Mabuhay) – While he has been vocal about his feelings for Andi Eigenmann, Bret Jackson said he is fine with just being friends with the actress.

Jackson described Eigenmann as a “close friend,” adding that he treasures whatever they have.

“Right now, she’s really my close friend and we are there for each other. That’s all I can say really. I can’t force anything. I can’t force anyone to care about you in the same way you care about them. For me, if we have friendship, that’s good enough for me,” he said.

Jackson said he respects Eigenmann and it makes him happy just caring for the actress.

“It’s not about love life,” he explained. “When you’re there for someone, it’s not because you want them as your girlfriend. You’re there because you care about them and you love them.”

During the same interview, Eigenmann said that right now prefers to have a blossoming career than a rich love life.

Eigenmann, however, said this does not mean she is closing her doors on love.