Bristol: I wasn’t forced to dance

Bristol Palin isn’t sidestepping the issue of whether her mom forced her to do “Dancing With the Stars,” as claimed by former competitor Margaret Cho.

In a December 4 message on her Facebook page, Sarah Palin’s 20-year-old daughter writes, “I was somewhat taken aback to read about me in a blog by my friend and fellow contestant, Margaret Cho. In a post she called ‘Pistol Whipped’ she wrote that ‘the only reason Bristol was on the show was because Sarah Palin forced her to do it. Sarah supposedly blames Bristol harshly and openly … for not winning the election, and so she told Bristol she ‘owed’ it to her to do DWTS.” 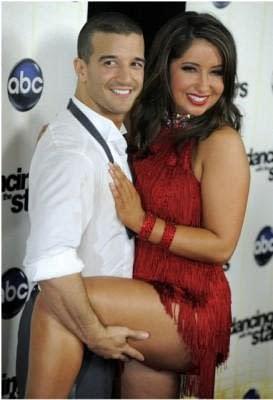 Not so, says Bristol.

“I will give my friend credit for creativity, and extra points for getting so many ‘facts’ wrong in so few sentences,” says Bristol. “Let me be blunt: my mom did not ‘force’ me to go on ‘DWTS.’ She did not ask me either. The show approached me. I thought about it. I made the decision.”

Bristol, who made headlines in 2008 for being a teen mom, says she just wanted to make her folks proud. “Loving my parents had everything to do with it,” she says of her reason for joining the dance competition.

As for why she decided to set the record straight, Bristol explains, “For 20 years my mom had my back – and for the rest of my life I will have hers.”

The abstinence advocate ends her missive with a personal message to Cho.

“Don’t ever rely on ‘sources’ who claim to know me or my family. You will be taken every time,” she says, adding, “And we need to talk. You say you ‘don’t agree with the family’s politics at all’ but I say, if you understood that commonsense conservative values supports the right of individuals like you, like all of us, to live our lives with less government interference and more independence, you would embrace us faster than KD Lang at an Indigo Girls concert.”

MalacaÃ±ang urges Pinoys in US to vote for Jessica Sanchez