After they successfully swung the night away late last year, the Filipino American Symphony Orchestra (FASO) is now gearing up to go Broadway.

The Broadway theater district of New York City is one of the most popular tourist destinations in the Big Apple where patrons and fans converge to witness what is represented to be the highest form of commercial theatrical performances. Broadway also refers to these shows that run in 40 professional theaters that lie along Broadway in Manhattan.

Thankfully, Californians need not make travel arrangements to enjoy this. On April 25th 2015, the only Filipino symphony orchestra outside the Philippines, will bring Broadway to the Alex Theater in Glendale, California in “FASO Goes Broadway.” 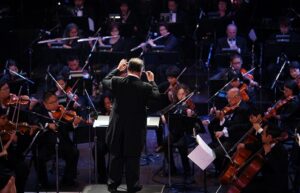 Continuing its tradition of presenting quality, enjoyable concerts, the Filipino American Symphony Orchestra (FASO), the only Filipino symphony orchestra outside the Philippines, will perform an entire concert devoted to Broadway favorites. “FASO Goes Broadway,” featuring Filipino vocalists, including talented children, as backed by 50 orchestra members, will be staged on Saturday, April 25, 7:00 p.m. at the Alex Theatre in Glendale.

“This will be a thrilling show since it will be the first time that FASO will perform an entire concert devoted to Broadway music,” said Luis “Louie” Ramos, vice president and arranger-in-residence of FASO.

The orchestra, 50-member strong for this show, will treat the audience to songs from Broadway musical favorites including “Phantom of the Opera,” “Les Miserables” (“I Dreamed a Dream”) and “My Fair Lady” (“I Could Have Danced All Night”).

Aside from featuring well-loved Broadway songs, the concert will also honor Filipino artists who have performed on Broadway, including Joan Almedilla who starred as  “Kim” and Bonifacio “Bones” Deoso who played the role of “Thuy” in “Miss Saigon.” Hollywood journalist and FASO board member Ruben Nepales said that this is “FASO’s way of celebrating Pinoy talent.”

The event, sponsored by Philippine Airlines and MoneyGram, will also feature a special segment for beloved songs created for child performers, including “Do-Re-Mi” (“The Sound of Music”), “Tomorrow” (“Annie”) and “Where is Love?” (“Oliver!”).

Another highlight of the show will be these children singers. I have been covering FASO events and interviewing some of their members. I recall distinctly one thing that struck me in my previous conversations with FASO’s highly esteemed musical director and conductor, Robert “Bob” Shroder. He said that one of FASO’s trust is to cultivate music appreciation in our Filipino-American community; and to start them young.

Continuing its tradition of presenting quality, enjoyable concerts, the Filipino American Symphony Orchestra (FASO), the only Filipino symphony orchestra outside the Philippines, will perform an entire concert devoted to Broadway favorites. “FASO Goes Broadway,” featuring Filipino vocalists, including talented children, as backed by 50 orchestra members, will be staged on Saturday, April 25, 7:00 p.m. at the Alex Theatre in Glendale.

Among the child performers are Chelsea Chiu who will sing “Tomorrow” and Joshua-Kai Dawson who will croon “Where is Love?”

Six other children will perform as part of the FASO Broadway kids ensemble.

“I’m especially excited to work with the youngsters singing solos and parts of the von Trapp children,” said Shroder. “From the beginning of the audition process, I was very impressed with the overwhelming talent of these children. They are just amazing. Most of them can read notes. They are always on time and come prepared during rehearsals.”

“The children, ranging in age from as young as 6 to 18, blew me away the moment they opened their mouths to sing,” added Nepales who attended a recent rehearsal. “So you can imagine how many talented Filipinos there are who just need the major breaks. That’s why FASO is giving some of these talented Filipino talents a chance to shine and be discovered through the show.”

“We are also featuring talented Filipino American performers who deserve to be getting major breaks. We would like to help promote these artists,” said Ramos who added that aside from using the original arrangements of songs in Broadway musicals, he will arrange a few pieces especially for FASO and the show

Here’s an invitation from Shroder: “We would like to encourage everyone to bring their entire families, including small children. This concert will be a good exposure to music and will bring tremendous value to their music appreciation experience.”

Jannelle So is credited for creating, hosting and producing America’s first and only locally-produced daily talk show for Filipinos, that ran for 8 ½ years under her leadership, making it the longest-running Filipino talk show outside of the Philippines. On her spare time, she loves to travel. This new column will document her sojourns as she shares what she learns an discovers on her trips. Connect to her on Facebook, Twitter and Instagram; or email her atsojannelle77@gmail.com. 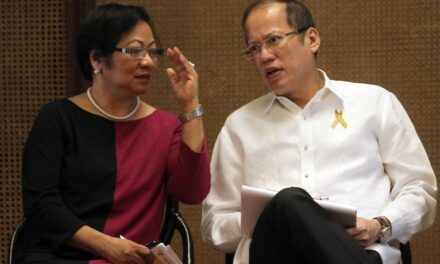