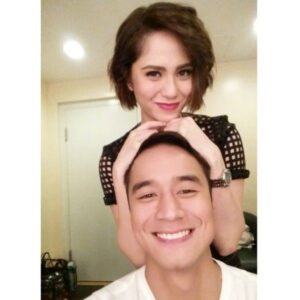 Actress Jessy Mendiola is pretty busy these days such that it seems she doesn’t have time for boyfriend JM de Guzman.

Based on her posts on her Instagram account, Mendiola has several ongoing projects, including an upcoming episode for “Maalaala Mo Kaya.”

She has also started shooting her first independent film “True Story” for filmmaker Sherad Anthony Sanchez, who is best known for his films “Imburnal” and “Huling Balyan ng Buhi.”

It is not clear if “True Story” is the horror film Mendiola was referring to when she photo of her with blood on her face as part of a look test.

Mendiola was last seen on the big screen in the 2014 movie “The Trial” with John Lloyd Cruz.

Aside from these projects, Mendiola is also set to star in the upcoming series “Will Never Say Goodbye” with Dawn Zulueta and Richard Gomez. (MNS)

Jeron: I want to court Jane