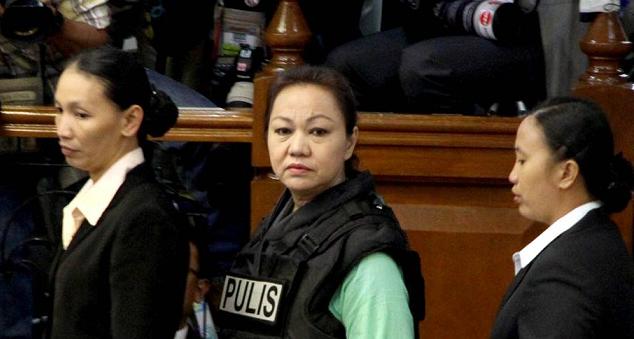 MANILA (Mabuhay) – The Court of Appeals (CA) has affirmed the warrant of arrest against the brother of Janet Lim Napoles, Reynaldo Lim.

Napoles is the alleged “brains” behind the P10-billion pork barrel and the P900-million Malampaya Fund scams.

This, after the CA denied the appeal filed by Lim who sought to nullify the issuance of warrant of arrest made by Makati City Regional Trial Court (RTC) Branch 150 Presiding Judge Elmo Alameda.

In a four-page resolution dated July 2, 2014 and written by Associate Justice Noel Tijam, the CA denied the motion for reconsideration of Lim for lack of merit.

“Wherefore, the Motion for Reconsideration of our Decision dated November 20, 2013 is hereby denied for lack of merit,” the CA resolution said.

Concurring in the ruling were Associate Justices Romeo Barza and Ramon Cruz.

The CA effectively upheld the findings of Alameda and validates the arrest warrant against Lim for charges of serious illegal detention filed by pork barrel scam whistleblower Benhur Luy.

It said that the CA is not prejudging the guilt of the accused but the justices are just saying that the information filed by the Department of Justice (DOJ) is valid and it is the duty of the prosecution to investigate and file the case in court.

“We are not prejudging the criminal case or the guilt or innocence of the petitioner. We are simply saying that, as a general rule, if the information is valid on its face there is no showing of manifest error, grave abuse of discretion or prejudice on the part of the public prosecutor, courts should not dismiss it for ‘want of evidence’ because evidentiary matters should be presented and heard during the trial,” the CA stressed.

The CA also gave credence to the findings of the Makati City RTC that there is probable cause against Lim.

It ruled that there was no grave abuse of discretion on the part of the judge which caused the dismissal of the petition. (MNS)