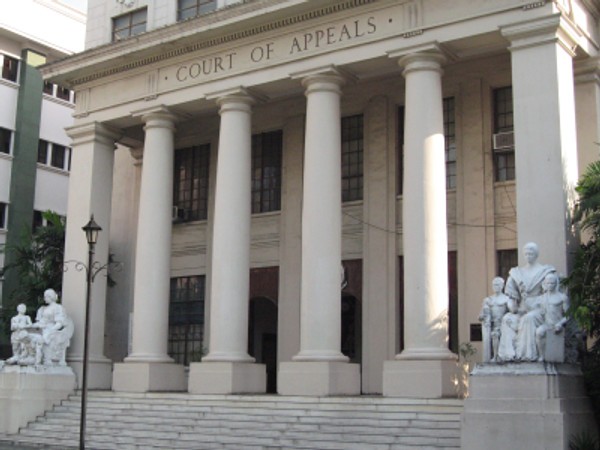 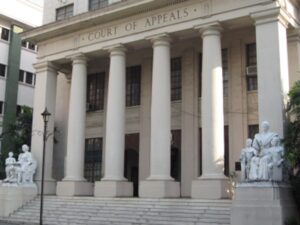 MANILA (Mabuhay) — The Court of Appeals (CA) has upheld the decision of the Office of the Ombudsman (Ombudsman) suspending a lawyer of the Department of Justice (DOJ) for sustaining an expensive lifestyle and failure to file his Statements of Assets, Liabilities and Net worth (SALN) for 2001 and 2002.

In an 11-page ruling dated Nov. 2, 2014 and made public on Tuesday, the CA’s Special 4th Division through Associate Justice Edwin Sorongon denied the petition filed by Atty. Elmer Cris Rillo.

The CA affirmed the Sept. 3, 2009 decision and May 31, 2011 order of the Ombudsman finding Rillo guilty of simple misconduct.

Concurring with the CA ruling were Associate Justices Marlene Gonzales-Sison and Elihu Ybanez.

Records of the case show that Atty. Teresita Reyes-Domingo, Assistant Secretary for Legislative Affairs and concurrent Officer-in-Charge of the Technical Staff of the DOJ discovered that Rillo incurred tardiness and absences from his work due to several trips abroad.

Verification made by the Bureau of Immigration (BI) show that Rillo travelled abroad three times in 2005 without securing the necessary travel authority from the DOJ.

Domingo filed a complaint-affidavit on Sept. 13, 2006 against Rillo before the Ombudsman for violation of Republic Act No. 3019, or the “Anti-Graft and Corrupt Practices Act”, for non-filing of his SALN, unexplained wealth, and for unauthorized travels abroad.

The Ombudsman found Rillo guilty of simple misconduct and imposed on him the penalty of six months’ suspension from office without pay on Sept. 3, 2009.

However, the penalty was modified and lowered to only one month suspension in view of respondent’s motion for reconsideration (MR).

Rillo brought his case to the CA.

He alleged that then Deputy Ombudsman for Luzon Mark Jalandoni acted on his case alone.

However, the CA said that the records of the case belied the allegations of Rillo that the decision was prosecuted, decided, reviewed and approved by Jalandoni alone.

The CA added that Jalandoni approved the ruling which was initially prepared and reviewed by two Graft Investigation and Prosecution Officers (GIPO).

“With respect to the authority of Jalandoni to render the assailed decision, we agree with the Ombudsman that such power was validly delegated to him [,]” the CA said.

The CA added that the Ombudsman did not violate Rillo’s legal rights when it ruled against his favor.

“There was no unnecessary delay in the proceedings or an attempt on the part of the Ombudsman to delay it. Records also reveal that Rillo has not filed any motion for reconsideration or manifestation asking for the speedy and immediate disposal of his case because he knew that the same was moving at a normal phase,” the CA said. (MNS)

ASEAN aspires for greater role in marching toward integration