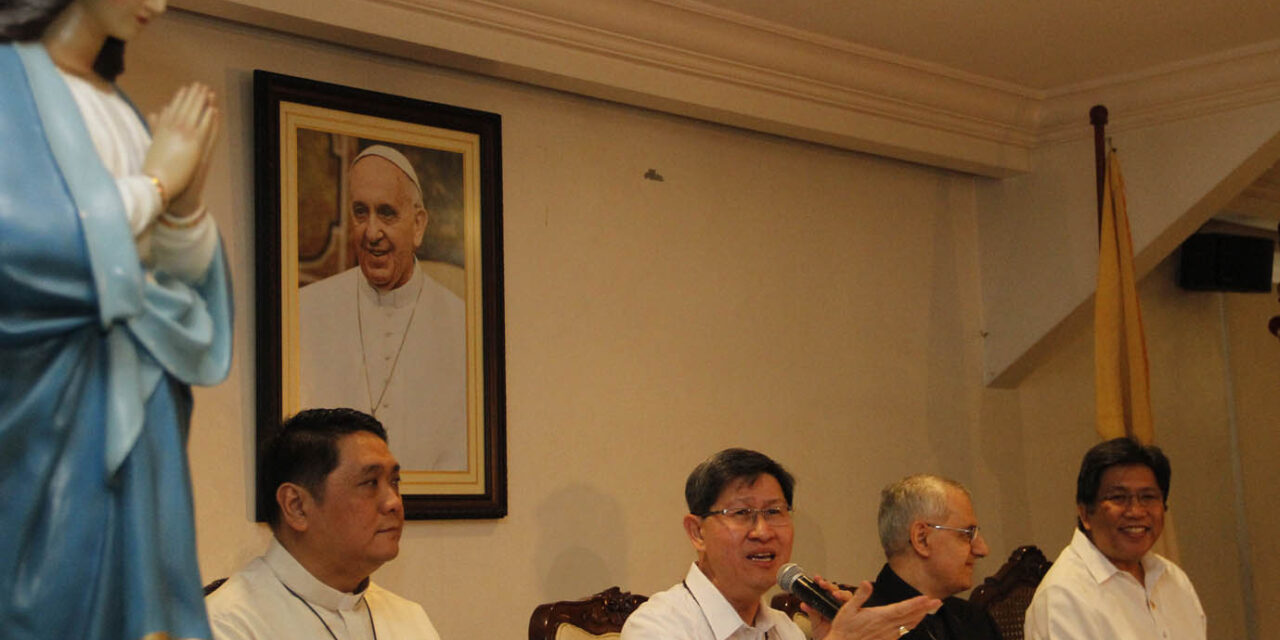 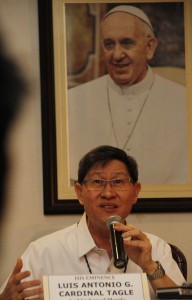 Manila Archbishop Antonio Luis G. Tagle announces the visit of Pope Francis to the Philippines on January 15-19 next year during a press conference on Tuesday (July 29, 2014) in Intramuros, Manila. (MNS photo)

MANILA (Mabuhay) — Philippine aviation authorities will implement a no-fly zone on Jan. 15, 17, and 19, during Pope Francis’ visit to the Philippines.

The Civil Aviation Authority of the Philippines said it issued a Notice to Airmen (NOTAM) for the visit from Jan. 15 to 19.

In an advisory, it said the no-fly zone will be in effect:

Jan. 15: NAIA – The Ninoy Aquino International Airport primary runway 06/24 and secondary runway 13/31 will be closed for all arriving flights.

Departing flights will be allowed to operate from 2 to 5:15 p.m.

From 5:15 to 6:15 p.m., a no fly zone will be implemented and no air traffic will be accommodated due to the arrival of Pope Francis’ aircraft at about 5:45 p.m.

Jan. 17: NAIA, Tacloban Airport – When Pope Francis flies to Tacloban, the Daniel Z. Romualdez (Tacloban) Airport will be closed to all air traffic from 6 a.m. to 9 p.m.

Exempted will be aircraft that carries the papal entourage.

Jan. 19: NAIA – During the Pope’s departure to Rome, NAIA runway will only allow departing aircraft from 6 to 9:30 a.m.

A no-fly zone will be in effect from 9:30 to 10:30 a.m., where a Philippine Airlines flight will carry the Pope to Rome.

The CAAP also said 1,300 of the Tacloban Airport’s 2,138-meter runway has been repaired. An additional 500 meters is expected to be repaired by December 26, bringing the total to 1800 meters.

It said this would be enough to accommodate single-aisle jet aircraft like Airbus A320 and Boeing B737 type aircraft. (MNS)