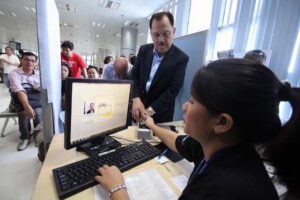 Rodriguez announced his candidacy before members and supporters of the Centrist Democratic Party (CDC) at the covered court of Barangay Nazareth in Cagayan de Oro City.

Rodriguez laid down a platform of government that focuses on education, health, housing, peace and order, and proper drainage system.

Rodriguez, who is the chairman of the ad hoc committee on the Bangsamoro Basic Law, is on his last term in Congress.

According to Rodriguez, their party will still discuss who to support among the presidential aspirants.