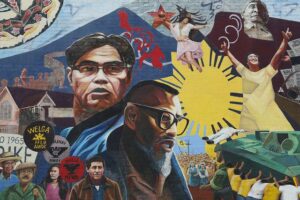 A mural of Filipino labor leaders in Los Angeles.

It’s official: California will observe a Larry Itliong Day each year to honor the legacy of the Filipino American labor organizer who fought for racial justice and farmworkers’ rights.

“Larry Itliong was one of the greatest labor organizers and leaders in California history,” said Assemblymember Rob Bonta (D-Oakland), the bill’s sponsor.

“He was a hero not only to the Filipino-American community, but to all Californians and Americans who fought and continue to fight for socioeconomic and racial justice in our state and nation.”

The legislation, which was unanimously passed by the State Assembly on April 9, also encourages public schools to teach about Iltiong’s life and contributions to California.

Bonta, the first Filipino American elected to the Assembly, said the historic signing ensures that Itliong’s fight for justice, opportunity and equity will be “properly honored for generations to come.”

Itliong worked alongside prominent Mexican American civil rights leaders like Cesar Chavez to fight for equal rights, better conditions and wages for Filipino and Mexican farmworkers in the ‘60s and early ‘70s.

But his contributions to the farm  labor movement have been overlooked, said Bonta and many Fil-Am groups who have fought for the recognition of Itliong and other Fil-Am labor leaders like Andy Imutan and Philip Vera Cruz.

Itliong led the Agricultural Workers Organizing Committee (AWOC), which was the first to strike for improved  wages and working conditions in Delano in 1965. What became known as the Delano Grape Strike launched the California farm labor movement.

“While the farm labor movement is often seen predominantly as a Latino movement, it encompassed much more than just one ethnic group,” said Bonta, whose parents organized  farmworkers in Kern County.

“Filipino American and Latino labor leaders built a beautiful collaborative relationship to create the farm worker movement in California, and Larry Itliong played a critical leadership  role in that movement. I’m grateful to have this opportunity  to recognize his contributions to California.”

Itliong was from San Nicolas, Pangasinan. He migrated to the United States in 1929 at the age of 15.

Before Summer Fun, Make Sure Your Vehicle Can Handle the Heat 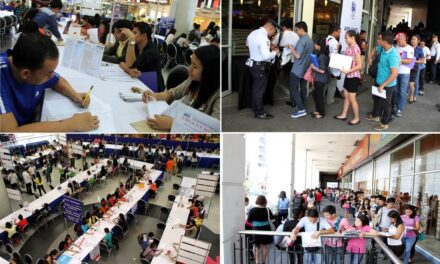 Solon seeks granting of tax credit to employers of ex-convicts