They found that children and adolescents noticed the calories posted on the menu but the calorie counts made little difference in what they chose to order. The researchers said taste was the most important factor the children and teens gave for their menu selections. 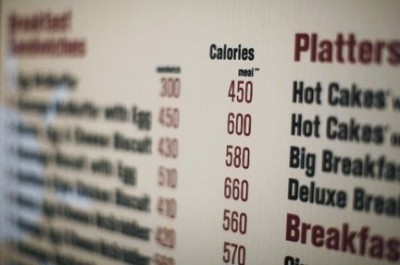 The study, published online in the International Journal of Obesity, challenges the notion that calorie labeling affects purchasing behavior of teens or parents buying food for their children.

“It means we’re going to have to rethink what other sorts of interventions might be more effective,” Dr. Brian Elbel of NYU, who led the study, said in a telephone interview.

Mandating calorie counts on restaurant menus is part of President Barack Obama’s new healthcare law is included in the White House’s push to reduce rates of obesity, which is one of the biggest health challenges facing the United States.

The U.S. Centers for Disease Control and Prevention says two-thirds of American adults and 15 percent of children are overweight or obese. In some states, the childhood obesity rate is above 30 percent.

U.S. first lady Michelle Obama, spearheading an administration initiative on child obesity, has urged food manufacturers to re-package food so that it is healthier for kids.

New York became the first U.S. city to try to attack the U.S. obesity epidemic by requiring fast-food restaurants to list the calories of their foods on menus in 2008. The hope was that better-informed consumers would make better food choices.

Researchers at New York University wanted to see how effective the city’s law is at getting parents and young people to think twice about ordering high-calorie foods.

The team gathered restaurant receipts and surveyed 427 parents and teenagers at fast-food restaurants both before and after mandatory labeling began in July 2008.

They compared this to food purchased at restaurants in nearby Newark, New Jersey, which did not have mandatory labeling.

The researchers found that after labeling began, 57 percent of New York teens surveyed said they noticed the calorie information and 9 percent said this information influenced their food choices.

The study found that most teens underestimated the amount of calories they had purchased, some by up to 466 calories.

Elbel said the study was not big enough to predict how food labeling would work as it is rolled out in the new health law.