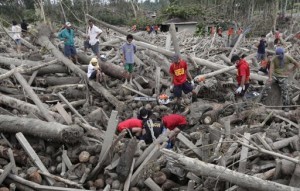 In a statement, Canada’s Minister for International Cooperation Julian Fantino said Canada is “deeply concerned about the devastation caused by Typhoon Bopha and its impact on the people of the Philippines.”

The Canadian government, through the Canadian International Development Agency (CIDA), is providing the amount to the International Federation of Red Cross and Red Crescent Societies to support the Philippine Red Cross in its efforts to address the emergency needs of some 50,000 people affected by the impact of Typhoon Pablo.

“We are working with the International Federation of the Red Cross and Red Crescent Societies and the Philippine Red Cross to ensure that concrete steps are taken to alleviate suffering and the immediate and ongoing needs of those affected are met,” Minister Fantino added.

He said the humanitarian support will help meet immediate and long-term needs by providing drinking water, food, and other much-needed relief items, and by preventing disease and providing support to families.

A United Nations disaster and assessment team, which includes a Canadian delegate whose deployment is funded through an ongoing CIDA project, has been deployed to provide direct support with the rapid needs assessments.

The Government of Canada will continue to monitor the situation closely to ensure basic human needs are met and provide further assistance if required.

The United Nations on Thursday offered to mobilize international support for the Philippines after a major typhoon left at least 477 dead.

Nesirky said UN leader Ban Ki-moon had sent “sincere condolences” to the Philippine government over Typhoon Bopha, which hit Mindanao island on Tuesday leaving the hundreds of dead and at least 250,000 homeless.

Meanwhile, the Right Honourable Hugo Swire MP, Minister of State at the Foreign Office in London, also extended his condolences to the victims of the typhoon.

“The damage and loss of life caused by Typhoon Bopha is devastating. Our thoughts are with all those affected and with the Philippines’ emergency services as they lead the recovery work. While it is little consolation for the individuals affected, it does appear that action taken in advance has reduced the number of injuries and fatalities. As I prepare to visit the Philippines next week, I extend on behalf of the UK Government my sincere condolences,” he said in a statement. (MNS)