Cayetano: Blue Ribbon Committee must protect the most vulnerable

MANILA, Aug 18 (Mabuhay) — The Senate Blue Ribbon Committee must spearhead the fight against graft and corruption because the most vulnerable sectors in society are the ones getting hurt the most, according to Senator Alan Peter Cayetano.

He suggested that the committee prioritize clear cases of anomalous government transactions, saying now is the ideal time to investigate suspected corruption in the public sector.

“We (should) conduct one or two hearings lang na very clear na may anomalya. At the start of any administration, everyone wants it to be successful, so whether we are for or against this administration, we want it to succeed. And it will not succeed kung may massive corruption, anomalies, and graft,” Cayetano said.

Cayetano had asked the Senate Blue Ribbon Committee, through Proposed Senate Resolution No. 134 which he filed on August 11, 2022, to conduct an investigation, in aid of legislation, on the education department’s procurement of allegedly overpriced laptops through the Department of Budget and Management Procurement Service (DBM-PS).

During the organizational meeting, Cayetano underscored the importance of the Blue Ribbon Committee in ensuring the integrity of government affairs, amid reports of the allegedly anomalous purchase of laptops by the Department of Education (DepEd) which were meant to aid public school teachers conducting remote learning at the height of the pandemic..

“Do not be conformed to this world, but be transformed. I think this is one of the missions of the Blue Ribbon Committee because we cannot be conformed in a world full of anomaly, for graft, and corruption. We have to transform,” he said, alluding to Romans 12:2 in the New Testament.

He also highlighted how Senate hearings are a better avenue for investigating cases of government corruption as these are more open to the public and the media, and often result in better laws and reforms.

“Aside from it being in aid of legislation, it is the most transparent process of investigation in the Philippines especially because the media can participate, and even from social media. Members of the Senate can get input from people who are watching live,” he said. (MNS) 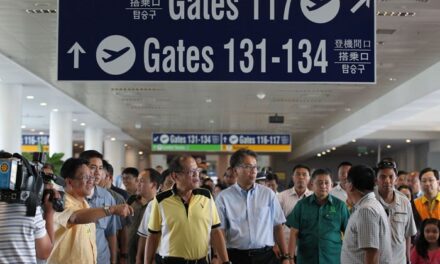