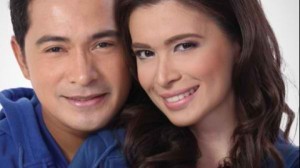 Cesar Montano admitted that he will have a cold Christmas this year following his controversial break-up with wife Sunshine Cruz.

Montano said this will be his first Christmas without Cruz since they got married in 2000.

The actor, however, said he won’t let their separation ruin his Christmas celebration with his three daughters.

Montano said he and Cruz are not yet on speaking terms.

Cruz and Montano separated in January this year over his alleged affair with model-actress Krista Miller.

In August, the couple’s spat was taken to court, with Cruz accusing her husband of marital rape. This was denied by Montano, saying the incident in question was consensual.

The actress also accused Montano of keeping her from seeing their three daughters who, according to the actor’s camp, chose to stay with him following the couple’s separation.

Both camps have since agreed to share custody of the children.

In October, Montano said he is not closing his doors on love after the failure of 13-year marriage.

But the actor reiterated that he is not dating anyone. “No, I’m not seeing anyone. Malamig ang simoy ng hangin,” he said. (MNS)