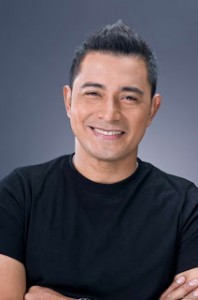 MANILA  (Mabuhay) — There is no truth to Sunshine Cruz’s allegation of marital rape against her husband Cesar Montano as the actor continues to “exert earnest effort” to reconcile with his spouse of 13 years, the actor’s lawyer said.

In a statement released Wednesday by his laywer, Atty. Joel Ferrer, the 51-year-old actor denied the charges cited by Cruz in her complaint filed Tuesday at the Quezon City Regional Trial Court.

The 36-year-old actress, who has three daughters with Montano, said she was raped by her husband on May 12 in her affidavit detailing the actor’s alleged violation of the Anti-Violence against Women and Their Children Act of 2004.

“My client vehemently denies the charges and prevarications leveled against him as contained in the complaint of Cruz,” Ferrer said.

“We maintain that there is no truth whatsoever that my client abused Cruz whether physical or verbal. The marital rape Cruz is alluding to is simply preposterous,” the statement added.

He said, she said

Montano’s camp confirmed that he spent May 12 with Cruz and their children to celebrate Mother’s Day, but emphasized that no instance of violence took place between the couple.

According to Ferrer, Montano “slept and stayed overnight at the present residence of Cruz” after spending dinner as a family at EDSA Shangri-La Hotel in Mandaluyong City.

In an interview with ABS-CBN News’ Jing Castaneda on Wednesday, Ferrer also confirmed that the couple became intimate on May 12. He stressed that the act was consensual.

“He left the place the following day. The two even had exchanges of text messages of good nature belying any animosity between them several days after the Mothers’ Day celebration,” the lawyer said in the statement released Wednesday.

In her complaint detailing the events of May 12, Cruz said Montano “barged” into her residence, “where she was alone, and then violently attacked her, employed physical violence and raped” her.

Speaking with reporters on Tuesday, the “Dugong Buhay” actress also accused Montano of keeping her apart from her three children.

Ferrer, in his statement, asserted, however, that it is the children’s preference to stay with their father. The lawyer, likewise, stressed Cruz has always been “at liberty” to see her daughters anytime she wishes to.

“Relative to the custody of the children, it is actually the children’s preference that they stay at their family residence at Tivoli Royale,” the statement said.

“It is also worth mentioning that Cruz is at liberty to see them anytime whether at the Tivoli residence or in the school where the children go to every single day. It is Cruz’s expressed decision not to go probably due to her hectic work schedule,” it added.

The lawyer also noted that Cruz’s complaint filed Tuesday is a “mere verbatim rehash” of her earlier filed petition for a temporary protection order (TPO) against Montano.

A hearing for the petition is set on August 15. If granted, the actor will be prohibited from being within 300 meters of Cruz.

Addressing the supposed reason behind Cruz’s filing of the criminal case, Montano’s camp said the actress’ legal step stems from her alleged financial demands from her husband.

Ferrer showed ABS-CBN News a number of text messages allegedly sent by Cruz to him and Montano in July, requesting the actor not to lower his monthly financial support of P350,000 by P100,000.

The actress also allegedly asked Montano to buy her a new house, which supposedly costs P11 million to P15 million.

According to Ferrer, Cruz then told Montano to meet her in court after the actor said he couldn’t accommodate her demands.

Montano’s camp also surmised that Cruz’s filing of a criminal case is in relation to the actress’ “desire” to have their marriage annulled.

“We believe Cruz filed the cases against Montano to gain leverage in her fervent desire to seek an annulment of their marriage,” the statement said.

Last January, Cruz announced her separation from Montano over his alleged affair with model-actress Krista Miller.

Before the controversial breakup involving Miller, the celebrity couple, by Cruz’s admission, had already gone through several rough patches due to Montano’s questionable relationships with his co-workers.

But according to the actor’s lawyer, to date, “Montano is exerting earnest effort to preserve their matrimonial bond especially for the sake of their children.” (MNS)

Solon proposes to use ABS-CBN frequencies for distance learning