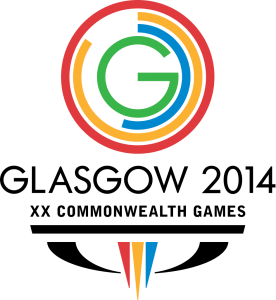 GLASGOW, July 31, 2014 (AFP) – The International Boxing Association says it will carry out a detailed study of the impact of scrapping headguards for amateur contests following the conclusion of the Commonwealth Games.

It follows a call from Australian boxer Daniel Lewis for the immediate return of the safety gear after a failed medical check ruled him out of his welterweight quarter-final on Wednesday.

The 21-year-old suffered a badly cut eye in his win against Nigeria’s Kehinde Ademuyiwa on Monday.

The wound failed to sufficiently heal in time for him to meet Mandeep Jangra of India, who was given a walkover into the semi-finals.

A growing number of cut head injuries have resulted from male boxers stepping into the ring without head protection after AIBA changed their rules last year.

AIBA vice-president Dr Abdellah Bessalem from Algeria said his organisation was aware of the concerns and would address them after the Games.

“We are looking at the number of cuts and after our study we will prepare our report,” the Commonwealth Games tournament supervisor said.

“But we have to remember that without headguards the number of concussion injuries suffered by boxers has gone down.”

Following his withdrawal on Wednesday morning Lewis immediately took to social media to vent his frustration at having his medal hopes brought to an abrupt halt.

He wrote: “For all these people debating about headgear for amateurs, bring the headgear back 100 per cent.

“I had two fights, two comfortable wins with one TKO and a stupid elbow ruins it all.

“My mum and dad paid to fly to the other side of the world to watch me win gold.

“The past 10 weeks I’ve been away from everyone putting in the hard work, all for an elbow to ruin my dream.”

This is the second injury setback to have ended Lewis’ hopes of boxing glory. Two years ago he broke his jaw in the Australian boxing team trials for the London 2012 Olympic Games.

Australia media manager Ian Hanson said: “Daniel is bitterly disappointed. He came here to win a gold medal and, on top of his ill-fated Olympic preparations, this is a further blow to him. But he is a strong character and we are sure he’ll be back to fight another day.”