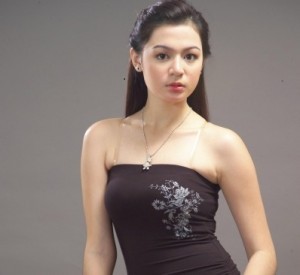 Actress Charee Pineda of afternoon series â€œAngelitoâ€ addressed rumors that she is engaged to her non-showbiz boyfriend.

During a pictorial for â€œAngelito: Ang Bagong Yugto,â€ the sequel to the hit afternoon soap, Pineda said she is ready to get married but did not directly say anything about the alleged proposal of her current partner.

The young actress then showed her ringless hand to members of the press.

â€œIt would be too soon for me to comment on our relationship. I have to talk to my bosses muna before ako mag-comment. Hindi rin naman kasi siya from showbiz, baka ma-ano rin,â€ Pineda said.

In â€œAngelito,â€ Pineda plays the role of Rosalie, who is seen to be married to the lead character in the series portrayed by JM de Guzman.

Pineda shared that she has been attending workshops in preparation for the sequel of â€œAngelito.â€

â€œAngelito: Ang Bagong Yugtoâ€ will see Pineda paired anew with de Guzman as they portray a couple with a family of their own.

Actress Kaye Abad will still be part of the series, which will welcome John Prats as part of its ensemble cast.

It is set for a release later this year. (MNS)