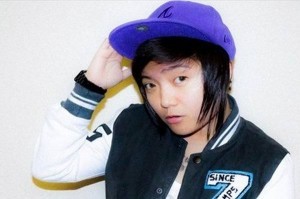 Singer Charice Pempengco on Tuesday denied her maternal grandmother’s allegation that she recently attempted to kill herself over supposed financial trouble.

In a statement issued through her manager Glenn Aldueza, the 21-year-old “Pyramid” hitmaker said there is no truth to her grandmother Teresita Relucio’s accusation that she slashed her wrists over her alleged bankruptcy.

Pempengco was referring to her decision to go public with her sexual preference in June, which she has since credited in interviews for being happy. She is also openly in a relationship with Alyssa Quijano, a former rival in singing competitions with whom she now shares a home.

The former “Glee” star has been estranged from her mother, Raquel, and her younger brother, Carl, since she confirmed that she is a lesbian.

Raquel, in one of the press conferences she called early this year, asserted that she has long accepted her daughter’s sexuality.

She emphasized that she was only against Pempengco’s move to publicize her sexual orientation, saying it could negatively impact her career.

Another reason for the estrangement, Raquel added, was Pempengco’s decision to continue her relationship with Quijano despite her objections.