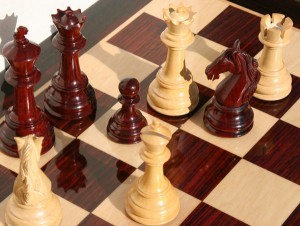 Frayna, from Legazpi City, Albay, defeated Chandika Divyasree of India using the disadvantageous black pieces in the tough and prestigious tournament organized by the All India Chess Federation and sanctioned by the World Chess Federation (FIDE).

According to delegation head and coach GM Jayson Gonzales, executive director of the National Chess Federation of the Philippines (NCFP) under the leadership of its chairman/president Prospero â€œButchâ€ Pichay Jr., Turqueza wants to bounce back in contention by facing Chaithanyaa K G of India in the second round while Frayna goes up against Tokhirjanova Hulkar of Uzbekistan.

Meanwhile, No. 1 pick Woman Grandmaster (WGM) Nazi Paikidze of Georgia defeated Maria Gevorgyan of Armenia to lead the march in the Girls U-20 division.

Players scoring the same number of points as that of the gold medalist, will also be eligible for GM or WGM norms, as the case may be. The silver and bronze medalists will get IM/WIM titles, irrespective of the points they score.

The countryâ€™s best finish in the tourney was recorded by GM Rogelio â€œBanjoâ€ Barcenilla Jr. who won the bronze medal during the 1991 event in Mamaia, Romania. â–