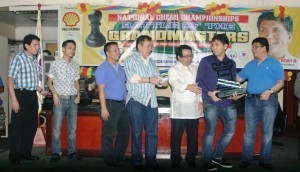 â€œI will do my very best for flag and country,â€ said the Medellin, Cebu native Bitoon, who is seeking his third and final GM result/norm here.

Bitoon got his first norm during the 2008 Singapore International Open. The former Southwestern University stalwart earned his second GM norm during the just concluded National Championships: 4th Battle of the Grandmasters at the National Press Club in Intramuros, Manila last Saturday.

The 4th KL International Open Chess Championship for the Raja Nazrin Shah Challenge Trophy is sponsored by the Masterskill Education Group Berhad and organized by Polgar Chess Asia for the Kuala Lumpur Chess Association (KLCA) under the auspices of the Malaysian Chess Federation (MCF) and is registered and recognized by the World Chess Federation (FIDE) as an international title and rated tournament.

Top woodpushers GM Wesley So and GM Mark Paragua will not compete in the tournament. So and Paragua are scheduled to compete in the 2011 World Cup (formerly FIDE World Chess Championships) on August 26 to September 21 in Khanty-Mansiysk, Russia.

Barbosa took his first GM result in the 10th Asian Continental Individual Chess Championships in Mashhad, Iran last May. He claimed his second GM result in the 4th Battle of the Grandmasters.