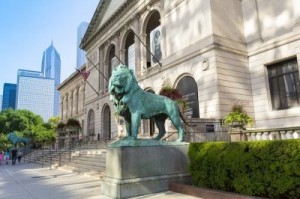 The Art Institute of Chicago
©Shutterstock.com/MaxyM

(Relaxnews) – The world’s favorite museum isn’t the Louvre. Or the Metropolitan Museum of Modern Art. According to TripAdvisor users, the highest rated museum is the Art Institute of Chicago, home to the iconic “American Gothic” painting by Grant Wood.

After crunching the numbers in an algorithm that took into account the quantity and quality of reviews for museums worldwide over a 12-month period, the Art Institute of Chicago ranked the most popular among TripAdvisor users, with a five out of five bubble rating among its more than 6,510 reviews.

A TripAdvisor member from Kansas posted of his visit over the weekend:  “Clean institute and bigger than you could ever imagine. If you would like to see art from all over the world, this is your place.”

The museum in the Windy City is home to more than 300,000 pieces of art from around the world, including the iconic Wood painting of a farmer holding a pitchfork beside his spinster daughter, as well as Claude Monet’s piece “Stack of Wheat.”

After the Art Institute of Chicago, Mexico City’s National Museum of Anthropology ranked the second highest, followed by the State Hermitage Museum and Winter Palace in St. Petersburg, Russia.

The list of top 10 museums around the world is split predominantly between American and European sites.

Here are the top museums: