(BEIJING-AFP) – Everybody knows Oscar.From Beijing to Paris and New York to Sao Paolo, the golden statuette honouring the best movies in the world is a symbol of the “soft power” prowess of the United States. China’s Golden Rooster awards, however, come and go without much mention — a potent reminder of the film industry’s difficulty in competing with Hollywood despite a push to gain more influence on the global cultural stage. 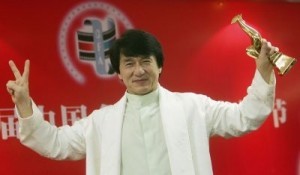 The Communist Party has called on the culture industry — including movie makers — to raise its game and promote the Asian nation abroad as Beijing continues its “soft power” drive.

But Beijing’s desire to guide the arts at home has filmmakers and experts unhappy as they say censorship and propaganda are hampering the movie sector’s ability to compete with Hollywood blockbusters.

“You can’t straightjacket artists and have them compete like athletes. Culture is not monolithic. It should be diverse,” cultural commentator Zhou Liming told AFP.

“Authorities are focused on broadcasting culture overseas in competition with the imported culture flooding China, but that’s wrong,” he said.

“Lots of Chinese cultural products aren’t representative of the China presented by the government.”

Mainstream Chinese films all need government approval for release, and there is a marked absence of movies that tell revealing, gritty tales set in the present day.

Chen Daming, director of a recent Chinese remake of the Hollywood romantic comedy “What Women Want”, says censorship makes it hard for filmmakers to make a wide array of contemporary movies.

“Filmmaking is all about genres and having a strong antagon

ist. Without the bad guy, the good guy has nothing to do, but it’s hard to make contemporary movies because films about crime today won’t pass censorship,” he told AFP.

Even those films that get a great reception in China — which took in a record domestic box office of $1.5 billion last year — have difficulties in cracking the bigger US market.

They face the subtitles hurdle, but often falter before that, failing to get a simple first exposure.

Director Jiang Wen’s popular 1920s gangster film “Let the Bullets Fly”, for instance, landed a small US distributor this spring but the film has yet to be released in the United States.

In 2003, director Zhang Yimou’s “Hero” — mainland China’s most successful film export ever — was nominated in the same category but failed to win.

Meanwhile, Chinese audiences leap at Hollywood fantasy, buying more than $200 million in tickets for “Avatar” or enjoying the more recent “Kung Fu Panda 2” this spring, which took in $93 million.

In an effort to give their films a better chance abroad, two leading Beijing-based film firms — the Bona Film Group and Huayi Brothers Media — have announced they will invest in start-up China Lion Film Distribution.

Through its partnership with North America’s second largest theatre chain AMC, China Lion has spent a year since its launch trying to expand US film distribution of Chinese movies.

al, due to open on November 8, also hopes to make a difference.

The film — a hit in China, grossing 203 million yuan ($40 million) in one month — has been dubbed a Chinese “charming variant on the Little Mermaid tale”.

But Chinese media analyst David Bandurski warns that “China is awash in dusted-off tradition,” and that the film industry suffers when top Communists talk — as they did in October — about tradition over “vulgar” entertainment.

“It’s no accident that so many Chines

e films are set in the imperial past. But as political and ideological restrictions on creation remain, the danger is that China becomes not a rich cultural nation but a nation of cultural relics.”

Still, some Chinese filmmakers believe they can work within their country’s restrictive system.

“The government uses culture to act as a guide to what’s right and wrong. Films are very powerful, and we must produce good guidance,” Ivy Zhong, CEO of the leading private film production company Beijing Galloping Horse, told AFP.

A sequel for Pixar’s ‘Finding Nemo’ in the works

Jomari Yllana on Aiko Melendez: I’ll leave it to fate