Chinese fishing vessel does a Guardian, runs aground in Tubbataha 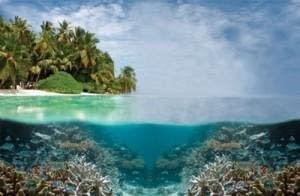 MANILA (Mabuhay) — Nearly three months after an incident involving a US minesweeper, a Chinese fishing vessel ran aground in Tubbataha Reef shortly before midnight Monday.

Initial information from the Tubbataha Management Office indicated the vessel ran aground some 1.1 nautical miles east of the ranger station.

Tubbataha Reef is a World Heritage site and hugely popular diving destination known for the diversity of its marine life. It is located in the middle of the Sulu Sea, in the heart of the Philippine archipelago.

Park rangers said the Chinese vessel had at least 12 crew members on board.

The Philippine Coast Guard has sent a search and rescue vessel (SARV-3503) to the area.

Meanwhile, Department of Foreign Affairs (DFA) spokesperson Raul Hernandez said that they are still studying the matter and the Coast Guard is already investigating the incident.

Zhang Hua, spokesman of the Chinese Embassy in the Philippines, said in a text message to reporters, “We noticed the media reports and are verifying it.”

PCG spokesperson lieutenant commander Armand Balilo said their immediate plan is to have divers check the extent of the grounding and see if the Chinese vessel can be refloated and towed to Puerto Princesa City, about 12 hours away in the Palawan mainland.

Balilo also said the fishermen are still in the ship as of press time. They will be brought to the National Committee on Illegal Entrants in Puerto Princesa City for questioning.

“Obviously they’re within our territorial waters… Alam naman natin na kung may na-violate ka na local laws, you’ll be within the jurisdiction of the area,” he said.

Balilo said they are monitoring the area in case the rising tide pushes the grounded ship off the reef.

He added that the ship is likely to be the average size of a fisherman’s boat usually seen in Philippine territorial waters.

Department of Transportation and Communications (DOTC) secretary Jun Abaya said they have yet to determine the cause of the grounding.

Authorities said the USS Guardian damaged 2,345.67 square meters of coral reefs, and may fine the US government P58.4 million.

He added that the fishermen may be detained for illegal entry due to an imprisonment clause on Republic Act 10067 or the Tubbataha Reefs Natural Park Act of 2009.

According to Section 19 of the law, “No person or entity shall enter, enjoy or utilize any portion of the TRNP and the resources therein for whatever purpose without prior permission from the (Tubbataha Protected Area Management Board) as herein provided.”

Meanwhile, erring fisherfolks face penalties of one to three years imprisonment and a P500,000 fine.

He said they will particularly look for weapons and illegal catch.

The Philippine Navy scheduled an aerial inspection in Tubbataha Reef but the flight had to turn back due to thick clouds and turbulence, World Wide Fund for Nature-Philippines president Lory Tan said.

“Overcast conditions also inhibiting radio and Inmarsat calls. No further reports received from Chinese grounding site as of 10:30 a.m.,” Tan said. WWF is a member of the Tubbataha management board.

The last time Philippine authorities attempted to arrest Chinese fishermen and seize poached marine life, in April last year, an international stand-off between the Philippines and China at Panatag Shoal near the Zambales coast resulted in the occupation by China of the shoal, a situation that persists one year later.

The Coast Guard is having problems communicating with the 12 Chinese fishermen in Tubbataha, and may need the services of an interpreter.

The Chinese fishing vessel ran aground on the eastern flank of the north islet, said Tan.

Tan said WWF-Philippines is monitoring the area with a team from the Department of Science and Technology on Tuesday.

The USS Guardian ran aground on the south islet, Tan added. (MNS)

PHL gets P87-M compensation from US over Tubbataha damage