Christian, girlfriend talk about settling down 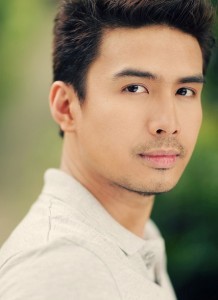 Singaporean actress Carla Dunareanu admitted that she and boyfriend, singer-actor Christian Bautista, are now talking about settling down.

“We definitely talk about it because if not what’s the point of being in a relationship. You are just wasting each other’s time if you don’t want to invest in it. Yeah we talk about it but in God’s time it will happen,” Dunareanu said.

Dunareanu, who starred with Bautista in the pan-Asian TV series “The Kitchen Musical,” is open to working as an actress in the country and is currently working as a DJ for radio station Magic 89.9.

Dunareanu admitted that she decided to stay in the Philippines not only because of Bautista but also because she learned to love the country and its people.

The half-Romanian, half-Chinese beauty also revealed that she is has become close to her boyfriend’s family.

“They took me in when I moved to the Philippines. They’re so sweet. Because Christian is flying very often for work to different countries, they would text me over the weekend, ‘Hey if you are free come to the family home and have lunch with us.’ They are so nice,” she said. (MNS)