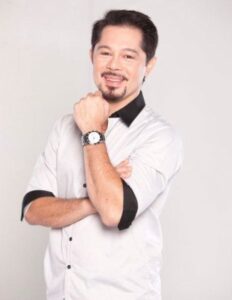 Christopher de Leon has so much to be thankful for   the Lord. First, his wife Sandy Andolong has recovered her health fully after undergoing kidney transplant. Then their son Miguel, who is based in California, has also survived testicular cancer and is now cancer free.

The wife of their son, Rafael Santino who is based in New Zealand, has given birth to a healthy baby girl. Then his eldest son, Ian, has just gotten married and his wife, Jennifer, is now also pregnant about to give him another grandchild.

His youngest son, Gab, is now acting with him in the new GMA soap he’s doing, “Beautiful Strangers”.  He and Sandy also have two daughters, Mariel and Michaela.

In “Beautiful Strangers” that starts airing on Monday to replace “Let the Love Begin” that ends tonight, Bro. Bo plays a rich real estate magnate, Ronaldo Castillo, who has an evil heart. He’s married to Dina Bonnevie and they have a son, Benjamin Alves. But before Dina, he had another family, Ayen Laurel as his first wife and Heart Evangelista as their daughter. He will try to rape Lovi Poe but she will fight back and he kills her.

“The story is very absorbing and I play a very dark character, but there will be redemption in the end,” he says. (MNS)

Why Markus Paterson was initially hesitant to do ‘Teen Clash’