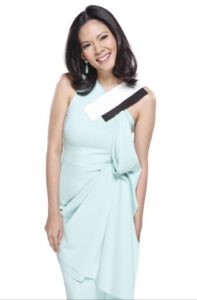 Experience has ripened 32-year-old actress Chynna Ortaleza and she is out to prove it to fans, taking on the character of Batchi Luna, a lesbian, on GMA7’s “The Rich Man’s Daughter.”

Having already completed a number of episodes for the series, Chynna now attests to the role being quite challenging.

She is enjoying every second of it though. “Yung role kasi talaga cool, chill and walang arte. Gusto ko ‘yung fact na ang masculine side talaga mas masaya. They don’t stress themselves with problems,” she related.

Chynna admitted that her characterization is still a work in progress. “Every time I see people or when people come up to me and tell me they’re excited about the series, I ask about their expectations. I try to learn from them so I could do better with my portrayal,” Chynna remarked.

Did she have qualms accepting the role? “When it comes to roles, you have to be open to these things,” she replied.

She hopes the show will help people open their minds regarding lesbians.

“They are pretty much the same with me and you. They are people. They have souls and everything. I don’t think it’s fair to label them,” expressed Chynna.

Anne Curtis denies she is set to switch networks