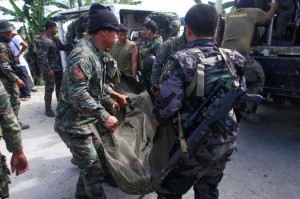 Cotabato, Philippines | AFP |  – An eight-year-old girl and three men – one with his hands bound – were among those killed in a botched anti-terror police operation in the Philippines last weekend, a local official said Saturday.

Mamasapano town mayor Benzar Ampatuan said residents had told him police tied up the man to stop him tipping off their targets ahead of the pre-dawn raid, in which 44 commandos died in one of the force’s bloodiest days in recent years.

A local farmer’s daughter and two other men were also found dead in their homes after the fighting, Ampatuan said, the first report of civilian casualties in the bloodbath.

“Their wives said they were hit in the crossfire,” he told AFP, adding that five other residents of the corn-farming region were also wounded.

The Philippines on Friday held a national day of mourning for the dead police officers, who were killed as they hunted the man blamed for the 2002 Bali bombings in Indonesia, in which 202 people died.

Nearly 400 members of the elite police unit were sent to a village near the town of Mamasapano on January 25 to arrest Zulkifli bin Hir alias Marwan.

Filipino officials said Zulkifli was killed by the raiders, a claim that has yet to be independently confirmed. A second target, Filipino militant Abdul Basit Usman, escaped.

The government has faced calls for retribution after at least one police survivor alleged some of the policemen were killed after they surrendered and their corpses were desecrated.

The accord aims to end decades of armed conflict that had claimed 120,000 lives and kept the Catholic nation’s Muslim south in abject poverty and lawlessness.

To solve the nursing shortage, employers and educators must partner 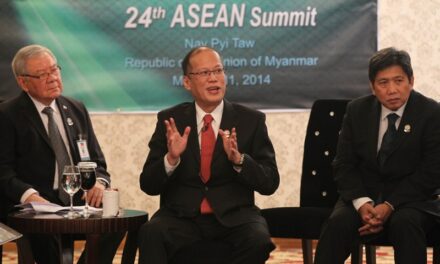 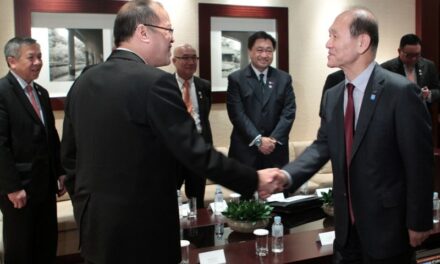