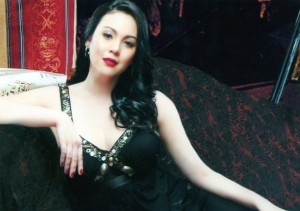 ACTRESS Claudine Barretto expressed her desire to star opposite actress Judy Ann Santos-Agoncillo in one project.

The mother-of two shared that it always wanted to work with the “I Do” and “Bet on Your Baby” host on television and movies.

It became impossible for both of them to star in one project after Barretto moved to GMA-7 while Santos stayed with ABS-CBN 2.

Now that she is not tied up exclusively to any network, Barretto said that she is hopeful that this time the project would push through.

“It has always been a dream. Matagal na namin talaga gusto gumawa ng movie together. Pero we want to be quiet muna. It’s going to be from Viva and Star,” Barretto said.

She said that unknown to many she and Santos are good friends.

She said people thought that they are not in good terms because they are constantly pitted against each other.

“May mga magaganda at hindi magaganda pero one thing is for sure, there was a time in our lives na it had something to do with my daughter and her daughter, that’s when we really worked hand in hand.”

Meanwhile, in a prior interview with Santos, she also articulated her desire to work with Barretto. (MNS)

Anne back in Manila from Hollywood

Andrea Brillantes fulfills dream of having her own business