Claudine opens up about ‘heartless’ Gretchen 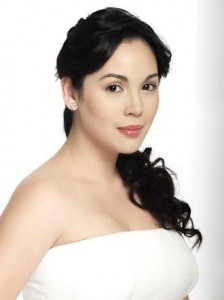 After being evasive for months since the Barretto family feud erupted last year, Claudine Barretto finally broke her silence on Sunday, as she accused her sister Gretchen of being “heartless” and a “liar.”

Claudine revealed how her tiff Gretchen began back in 2010.

“Nagpadala siya ng ambulansya sa bahay namin ni Raymart with a pediatrician. I was with my friends, we were eating. Kilala ko, pediatrician ‘to ni Gretchen. Pumunta ako sa gate, nakita ko nandoon si Marjorie (Barretto), nandoon si Gretchen. Sabi ni Gretchen, ‘Can I please go in?’ Since kapatid ko naman siya, kahit hindi kami okay, pinapasok ko. I didn’t know what this was all about. Pagpasok nila, later dumating na ‘yung pediatrician with the ambulance and I think there were eight men inside,” she said.

“I asked my sister, ‘What is this? What are you gonna get me for?’ She just looked at her doctor and she said, ‘Do something.’ I knew my rights, she was trespassing. Sabi ko sa kanila, ‘Saan, sa drug addiction or sa mental illness?’ Kasi hindi ko alam. And then sabi niya ‘Basta doc, nag-overdose iyan,’” Claudine continued.

However, Marjorie clarified this 2010 incident in a statement.

“Claudine, for your information, mom and dad begged us to rush to your house because your personal assistant told them you’ve finished all your anti-anxiety medicines. We had with us a doctor and an ambulance from a very reputable hospital because we didn’t want you to die, Claudine. We were saving your life,” she said.

Majorie also asked their parents not to deny that they instructed her and Gretchen to rush to Claudine’s house that night.

“Dad and mom, please don’t deny the fact that the orders to rush to a hospital came from both of you. We did not have a straitjacket. That is a lie. Claudine, we were protecting you. We did not want you to die most especially in front of your children,” she said.

According to the youngest Barretto, it pains her that there are speculations that she has a mental illness.

“According to my psychiatrist, it’s mental torture,” she said. “For a while I was angry, hurt, even depressed, I guess. But nung nakikita kong nagse-self destruct na siya (Gretchen), naaawa na ako sa kanya kasi napakasinungaling na.”

Claudine, however, said their misunderstanding turned worse in April and August last year when Gretchen and Marjorie took to social media to destroy her.

Claudine also dared Gretchen to admit that she called her names and even talked bad about her kids.

“The day that she started talking bad about my kids on the phone, on speaker and Raymart was there. Raymart, bahala na siya sa Diyos niya. He was there when Gretchen started calling them names. When she said na, ‘Wala ka ng career, baboy ka, lechon, wala ka ng power. You will never be back in this industry. Magpakamatay ka na lang, Claudine.’ You know, Gretchen, you swear on your child’s life if you did not say that. I dare you, because you are such a liar,” she said.

Saying she no longer wants to be affiliated with Gretchen in any way, Claudine said, “Pakiusap ko kay Gretchen, any question about me, stop answering. I don’t want to be affiliated with you because you are a shame to this family. I want you to stay away from me and my children. I want to know, at the end of the day Gretchen, ano ba ang goal mo? Up to where? When are you going to stop?”