Coleen on Billy: I really feel he is the one 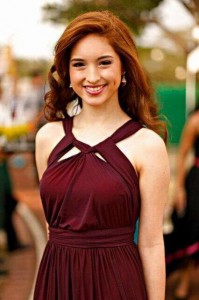 MANILA (Mabuhay) -– Coleen Garcia is not bothered by persistent comments on the age difference between her and boyfriend, singer-actor Billy Crawford.

Garcia said she and Crawford get along really well and it does not matter that she is 10 years younger than her boyfriend.

I’ve never gotten along with anyone as well as I get along with Billy. In every stage of my everyday life, when I’m sad, or when I’m happy, when I’m nervous, we just really get along,” she said.

Garcia even shared that her grandparents, whose relationship is still going strong to this day, also have a huge age gap.

“My lola actually and my lolo, 20 years ‘yung difference nila and they are still together so I really don’t think it has anything to do with age,” she said.

According to Garcia, she also thinks that their relationship is already for the long-term.

“I really feel in my heart also that he is the one. I wouldn’t be here, I wouldn’t have gone through everything that I went through for him if I didn’t really feel like he’s not worth keeping,” she said.

Garcia and Crawford have been a couple for five months now. (MNS)

All is well between Toni, Ai-Ai

Andi to fight for love ‘against all odds’