Coleen opens up on past with Gab Valenciano 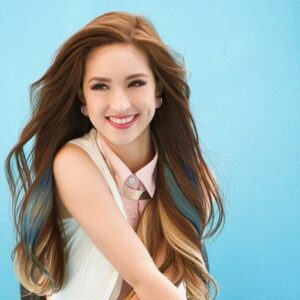 More than two years after breaking up with Gab Valenciano, Coleen Garcia opens up to talk about their split and how their relationship made an impact on her life.

“Before the relationship I’m in now, there was only one really serious relationship that I’ve been in. It was with Gab and I feel like it left the biggest impact because it was such an intense relationship. By that, I mean the highs were very high and the lows were low,” Garcia said.

Valenciano and Garcia were together for a year until they called it quits in 2013 sometime before he left for Orlando, Florida where he was then set to finish a two-year music course.

“I felt like it was so heavy and at the same time, on the positive note, I learned so much. It really shaped me to be the person I am now. It taught me to be strong and to put myself first sometimes,” she said.

Asked if it is important for two people who were in a relationship to have a formal closure, Garcia said: “My ex just got up and left the country. I think it’s not important.”

Further elaborating on her answer, Garcia explained: “I think that at that moment, it could be [important] depending on the situation. But if you’re over it, you’re over it. Just respect for the other person, it would be nice if you actually get that closure. You show that person that you still respect whatever you’ve been through together just by talking about it and having that closure.”

Garcia, however, said she never gave Valenciano a reason not to say goodbye.

“I was done with the relationship. I just wanted that closure. I wanted to talk and leave things at a good note. I’m not the kind of person who holds any grudges, who actually entertains any negative thoughts about other people,” she said.

Two years since their breakup, Garcia said whatever she and Valenciano had is already a thing in the past.

“We both moved on. It’s behind us now. Ako I’m not mad. I don’t have anything against him. I’m so happy. I’ve never been this happy,” she said.

Garcia is currently in a relationship with Billy Crawford, while Valenciano married blogger-host Tricia Centenera. (MNS)

Christian Bables clarifies that he is straight