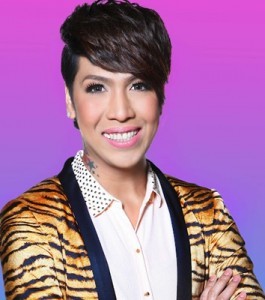 Two well-known comedians are apprehensive about the suggestion of the Movie and Television Review and Classification Board (MTRCB) to put up a “comedy academy” in the country.

Vice Ganda, who recently made headlines after offending broadcast journalist Jessica Soho over his jokes, said he is not keen on the idea of spearheading an institute where comedians would have to attend classes.

Vice Ganda, along with other ABS-CBN executives, recently met with MTRCB Chairman Eugenio “Toto” Villareal, for a discussion on how to properly handly “comedy bar humor.”

Comedienne Giselle Sanchez, for her part, said she doesn’t deem it necessary to put up a “comedy academy.”

Sanchez argued comedians are intelligent people who can practice self-censorship.

This appeal was echoed by actress Anne Curtis, who has already worked with numerous comedians in her current and past projects.

“It’s a gift to have that kind of timing. But if it’s like a coming out workshop with the MTRCB lang, eh ‘di sige,” she said.

Ejay Falcon dreams of studying in UP

JC speaks up on breakup with LJ Reyes