ConGen general welcomes partnership with LMU and teach in PHL 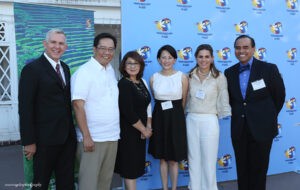 The partnership between LMU’s Teach for America program and Teach for the Philippines aims to start a unique exchange that will bring peer mentorship and the University’s educational expertise to teaching corps members in the Philippines. 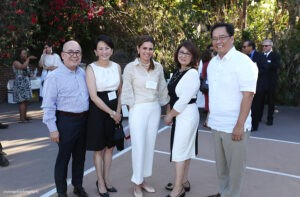 Teach for the Philippines is the 25th official partner in the Teach for all global network of nonprofit organizations employing the model pioneered by Teach for America.  In the United States, in the Philippines and around the world, this network transforms corps members into lifelong advocates for educational equity through their teaching, helping countless young learners along the way.  The work of Teach for the Philippines helps rebuild a nation by creating better futures for youth.  Filipino Corps Members teach anywhere from 40 to 60 students, and collectively impact thousands of young lives.

LMU School of Education (LMU-SOE) is named among the nation’s best graduate schools of education by U.S. News and World Report partnering Teach for America for the past 14 years and is the exclusive university partner in the greater Los Angeles area and in Southern California.

Summer 2014 is Out of this World at Grand Park