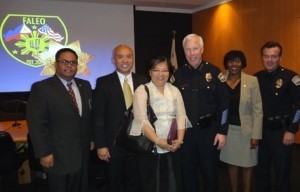 In FOI bill, SC justices not exempted from releasing SALN

USCIS clarifies immigration eligibility for family of the deceased