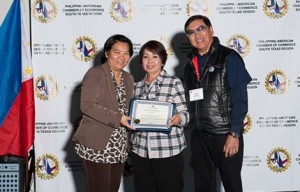 The consular outreach program was undertaken in cooperation with the Philippine American Chamber of Commerce of Texas (PACC Texas) under the leadership of Ms. Ethel Mercado, State President, and Atty. Gary Ilagan, PACC Texas Region Chair.

A total of 883 consular services were rendered during the consular outreach program, breakdown of which are as follows:

The Consular Outreach Program is a regular activity of the Consulate to bring its various services closer to its constituents residing in areas within its jurisdiction.