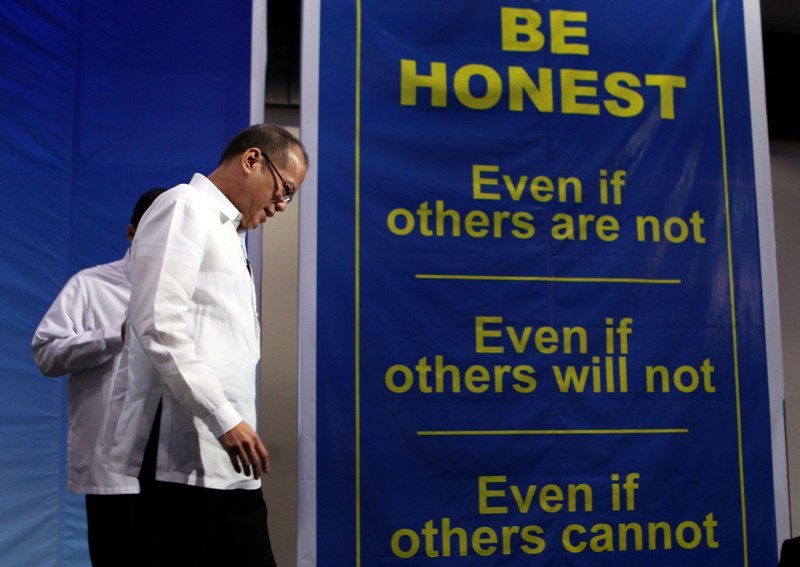 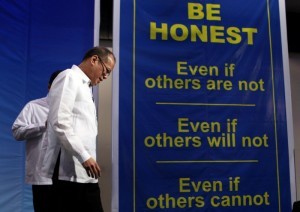 MANILA (Mabuhay) – The chairwoman of the Commission on Audit confirmed Tuesday that corruption remains unabated under President Benigno Aquino III but not in the same scale as in the past.

She said the same pattern of corruption emerged in the local government: funds being coursed to non-government organizations with questionable existence.

“Sa akin, there are two ways of looking at it. One, siguro nga mas dumami or hindi naman pero ngayon kasi mas masipag kami na mangalkal kaya ngayon naglalabasan lahat yan and I think that it is the latter kasi ngayon yung mga nakikita na namin ngayon marami pa rin misuse but none in the scale that we saw in the past,” she added.

Tan earlier said at least 300 former and current lawmakers misused their pork barrel funds for the period of 2007-2009, based on the special audit of COA.

The Department of Justice has filed plunder, graft, bribery and malversation complaints against several past and current lawmakers including Senators Juan Ponce Enrile, Jinggoy Estrada and Bong Revilla for their alleged links to the pork barrel scam of Janet Lim Napoles.

Customs Commissioner Ruffy Biazon, an ally of President Aquino who is also included in the list of respondents, has resigned.

In the interview, Tan said it is up to the DOJ and the Ombudsman to determine if all 300 lawmakers who had questionable transactions from 2007-2009 committed some violation of the law.

“We have turned over a lot of pieces of the evidence to them. It is really just laborious work, not just hard work. It is tedious because you have to go through a lot of figures and papers,” she said.

She also said COA will be releasing another report before Christmas this year on the alleged misuse of the Malampaya funds. She said at least 12 NGOs and some Department of Agrarian Reform personnel are linked to the scam.

“I want to be very sure and reasonable assurance that findings have sufficient evidence,” she said.

The COA chief said the audit of lawmakers’ pork barrel was approved in June 2010 even before she took over as COA chief.

She also disputed the statements of some lawmakers that bogus NGOs that supposedly had non-existent offices may have just transferred.

“Pagpunta namin dun at hindi namin inabutan, nagtatanong kami and there are statements to the effect na ‘Oh, we never knew that that office existed.’ Or ‘No, they did not rent from us.’ Or if they rented from us it was only from this period to this period. It is not as if we went there and we went: ‘Hello, knock knock. Walang tao.’ Tapos alis kami. No. Lahat ng pwede naming tanungin ginawa namin and we reported all of that.”

She also said there are “red flags” that could reveal if an organization is bogus.

“Kung minsan it is precisely a red flag when you find an office na isang taon lang at dalawang taon lang at nagsara samantalang limpak-limpak na pera ang kanyang transakyon na kanyang hinawakan and worse, hindi pa na-liquidate. If it is a legitimate and bonafide business, it should stil be there to finish up and wrap up whatever,” she said.

She added: “Baka naman may panibagong negosyo. Ano yun, one-shot deal? One-shot affair? There are so many things that you have to put together. It is not one feature or character and you make the conclusion. It is a combination of so many factors.” (MNS)

How you can tell the difference between allergy and a cold