LONDON, November 8, 2010 (AFP) – Real Madrid striker Cristiano Ronaldo accepted substantial libel damages from a British newspaper on Monday over a claim that he put his injured ankle at risk by “living it up” in a Hollywood nightclub.

Ronaldo was not at London’s High Court for the undisclosed settlement of his action against Telegraph Media Group Ltd, but said afterwards that he was “delighted” at the outcome. 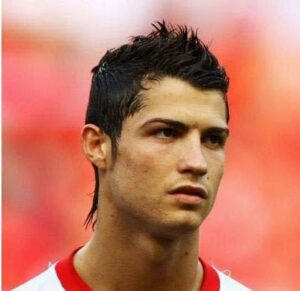 A Daily Telegraph story in July 2008 had claimed that the Portuguese player, then recovering from an ankle injury, had laid down his crutches and taken to the dance floor with four models while on a trip to Los Angeles.

The paper alleged that the sight of the footballer “living it up” would dismay Sir Alex Ferguson, manager of Manchester United, Ronaldo’s club at the time.

“In fact, the truth is that these events did not happen and the claimant did not behave unprofessionally,” said Ronaldo’s lawyer Allan Dunlavy.

Dunlavy told judge Victoria Sharp that the report had caused the player embarrassment, offence and distress.

As a professional, he was concerned both about his own reputation and how it might be perceived by United, Ferguson and the club’s fans, Dunlavy said.

The lawyer said the newspaper now accepted the allegations were untrue, apologized, and had agreed to pay Ronaldo substantial damages and his legal costs in full. The amount of the damages was not disclosed.

The newspaper’s solicitor, Helen Morris, said it accepted the allegations were false and ought never to have been published, adding: “It is therefore happy to set the record straight and to apologize to the claimant.”

Ronaldo, who moved to Real in June 2009, welcomed the result and thanked Ferguson and former Manchester United player Roy Keane for agreeing to act as witnesses in the case.

The settlement was agreed on the first day of a planned five-day trial.

“I am delighted with this outcome,” Ronaldo said in a statement.

“I take enormous pride in my professionalism. I treat my training and recovery from injury very seriously and would never have drunk and danced in a nightclub without my crutches as the Daily Telegraph falsely claimed.

“I felt I had no choice but to begin and pursue these legal proceedings.”

Ferguson also issued a statement praising Ronaldo as “the consummate professional”, adding: “He is one of the best players I have ever worked with… and I am delighted that he has resolved this issue successfully.”

Ronaldo joined the Spanish giants in an 80-million-pound (129-million-dollar, 93-million-euro) deal after six years at United.

So It Begins: NFL Security Sends Us An E-Mail About Brett Favre And Jenn Sterger [Brett Favre]