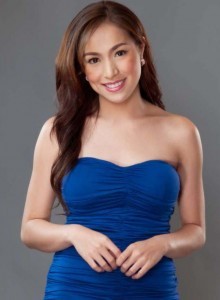 MANILA, Feb 1 (Mabuhay) -– Actress Cristine Reyes has promised herself not to enter into a relationship just yet, two weeks after she and former boyfriend Rayver Cruz confirmed that they have broken up last year.

Reyes is being linked to former boyfriend Dennis Trillo and her “No Other Woman” co-star Derek Ramsay, although Reyes has denied the rumors.

Reyes said she isn’t in a rush to enter another relationship.

An obviously exasperated Reyes again reiterated that Ramsay is an old friend, even when she was still with Cruz and Ramsay was with ex-girlfriend Angelica Panganiban.

She also said she wants her next relationship to be more serious and wants the guy to be “ready.”

Miriam Quiambao: I was suicidal