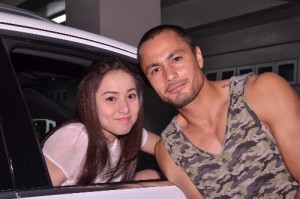 Cristine Reyes revealed that her love for Derek Ramsay remains because they continue to be close friends even after their break-up.

Reyes said she felt guarded when she was with Ramsay that she can’t truly show her real personality.

The actress, meanwhile, admitted that she regrets not showing much effort when they were still together.

Ramsay and Reyes became close friends after working together in the 2011 movie “No Other Woman,” which also starred Anne Curtis.

It was in August 28 when they officially became a couple but they took everyone by surprise when they confirmed their breakup on October 7.

Despite this, the two have maintained a good relationship. (MNS)